Why did Eve not need a “help meet?”

As a woman there has always been a question in the back of my mind: why was Eve/woman created? Was she only created to help Adam? Was she not created in her own right? Was Adam not needed as a “help meet” for her? Was she here only to help Adam/man to succeed?

(I picture the ghost of a pearl-wearing June Cleaver whispering, “When he succeeds, I succeed, and we both succeed, which means we all succeed, which . . .”) and you get the jest of this loop. 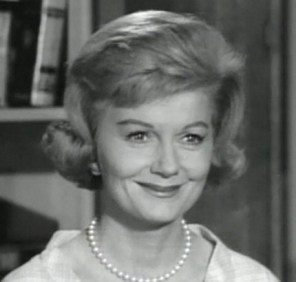 “It isn’t in force anymore.”

“That was the old way of doing things.”

“Well, it’s a means of protecting the woman.”

But whatever direction we turn, we still come face-to-face with the same Biblical text.

I think we can all agree that for the most part, at least in the US, that cultural thinking of “man is the only boss in his home” is gone by the way side. Even in faith communities, at least in practice, there is a lot more unanimity in decision-making and sharing of household responsibilities.

This is the KJV.

So much of cultural narratives about females around the world have some foundation in this allegory and the interpretation of the text that followed.

What if I shared with you some research to show you that most of what has been taught in the mainstream culture has been wrong?

Ok. Tainted? Misconstrued? Misunderstood? What about that some of the text was altered?

Here’s the thing. We need to go deeper.

Read it as it was written and intended, not as we want it to mean.

It was written as an allegory. The order and symbolism are all meant to teach us something higher, something grander, something about who we are and can become in our individual and distinct genders as we embark on our way to become like God.

The creation of Adam/man and Eve/woman was only the beginning to creating man and woman in God’s likeness and image.

Yes, woman was made in God’s image as well.

The entire sequence is a setup for what is going to take place later:

Let’s also remember that it wasn’t Adam who said he didn’t like being alone, it was God who pointed out that man shouldn’t be alone. And once Eve was in the picture, Adam was smitten. It was like, “Ohhh! I get it! This is kind of nice!” (RSV)

So, taking the symbolic rib from Adam was a message for Adam and man: you are not and cannot be whole without Eve/woman.

“Woman is God’s supreme creation. Only after the earth had been formed, after the day had been separated from the night, after the waters had been divided from the land, after vegetation and animal life had been created, and after man had been placed on the earth, was woman created; and only then was the work pronounced complete and good.”

(The symbolic rib was also teaching Eve/woman that she has a strong connection with Adam, that she is not whole without him.)

So, back to the “Eve creation for her own sake” conversation.

By bringing attention to Eve’s creation—the timing, the statement of it not good to be alone, etc.—God (or Moses as the writer) is setting the stage to introduce to Adam/man and the world Eve/woman’s high and holy calling as:

The mother of ALL living. Life and light bringer.

Annie Henrie
Come back tomorrow and we will discuss my most favorite part of this whole allegory: the stewardships of the two trees and why the Fall was in God’s plan all along.

Want to know more about Adam and Eve’s partnership in the Garden of Eden? I go into much more detail in my book, to be released in September of this year!